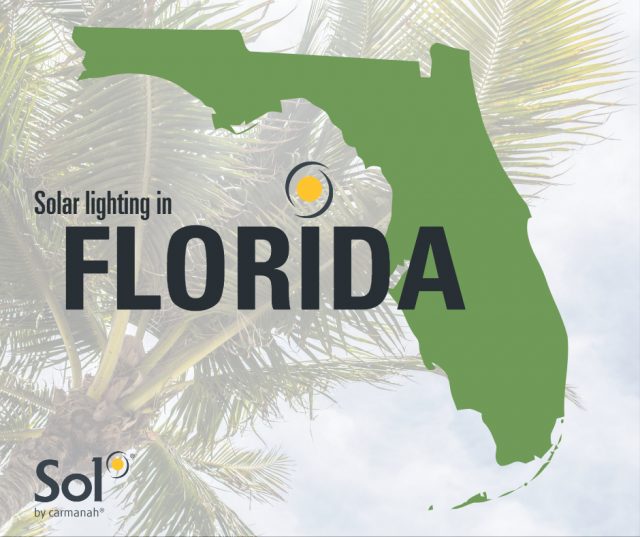 Less than three hours south of Orlando, one new community is integrating smart city technology in a big way—it is a major component in the community plan right from the start.

Babcock Ranch in southwest Florida is a new 18,000-acre master-planned community that took a decade of careful planning to design. It is the first large-scale solar-powered town in the United States.

Syd Kitson, a former NFL player who turned to real estate in 1986, is the man behind Babcock Ranch. He told NBC News in March 2018 that this is “an opportunity to prove that a sustainable, really well thought out, and environmentally responsible development could work. We want to prove that something like this can work economically so that others will do it—not just around the country, but around the world.”

Kitson joined up with Florida Power and Light, a local utility company, to build the 343,000 solar panels covering 178 hectares that power Babcock Ranch and surrounding communities. There aren’t solar panels on most residential roofs in Babcock Ranch: residents are hooked up to the solar-powered grid just like any other utility customer would be. Kitson told CityLab in May 2018 that “For us to truly be sustainable and a solar-powered town, we absolutely have got to do it on a utility-scale basis, period.”

The first residents moved to Babcock Ranch in January 2018, and about 150 are expected to be settled by the end of 2018. Already, many businesses are open, along with two of the eight planned schools for the community.

Driverless vehicles are expected to be the main mode of transport through the community, and smart grid digital electric distribution technologies aim to optimize energy efficiency and lower utility costs for the estimated 50,000 residents and businesses that will eventually call this innovative community their home.

What else is happening in Florida?

Babcock Ranch isn’t the only place in Florida experimenting with solar power. Florida Power and Light, a utility company managing an estimated 10 million people across almost half the state of Florida, indicates it is in the midst of a solar expansion that will see more than 3.5 million new panels added in the last two years alone. By 2023, it will have more than 10 million solar panels installed, and in 2019, “solar will outpace coal and oil combined as a percentage of FPL’s energy mix,” according to the website. Here are some other highlights from across the state.

The City of Orlando, which is powered by the Orlando Utilities Commission, is committed to powering the city with 100% clean, renewable energy sources by 2050. Mayor Buddy Dyer is one of the 120+ mayors across the US in the Sierra Club’s Mayors for 100% Clean Energy. The City’s 2016 progress report indicated that converting its 29,000 street lights to solar power is a long-term project.

Sol has already helped projects in the city: the Orlando office of Lockheed Martin chose Sol solar street lighting to save an estimated $342,000 over 20 years versus the price estimate of a comparable on-grid solution.

Meanwhile, many coastal communities must consider wildlife when choosing lighting products—solar or otherwise—along boardwalks and seaside roads. Palm Beach claims more sea turtles per square mile than anywhere else in the United States. Drawn to bright-white lights onshore that they confuse for the light of the moon reflecting off the water, newly hatched sea turtles can get disoriented and lost; they become easy prey for animals or get run over by cars. Palm Beach County offers numerous guidelines on lighting that is turtle friendly, with shielding to keep the street light focused down on roads, rather than up and out toward the beach.

Hover over the image to see some of the other solar-related initiatives, projects, and activities happening around the state.

Florida has the third greatest rooftop solar potential in the US, but only ranks 14th for installed solar capacity. And beyond rooftop systems, Florida is also a perfect location for all-in-one solar lighting systems. In the wake of the natural disasters that have affected the region this year, many businesses are calling for action. In fact, renewable energy is generally much more resilient to natural disasters than traditional power sources, often either surviving it unaffected or rebounding quickly following severe weather. Solar-powered lights are perfectly suited for fair weather, too: with no trenching required for cables, there is no need to run wiring through challenging marshy terrain, nor disturb natural landscapes in green spaces like parks or pathways. Contact us today for more information on solar lighting opportunities in Florida.

Our Solar Lighting Installations in Florida