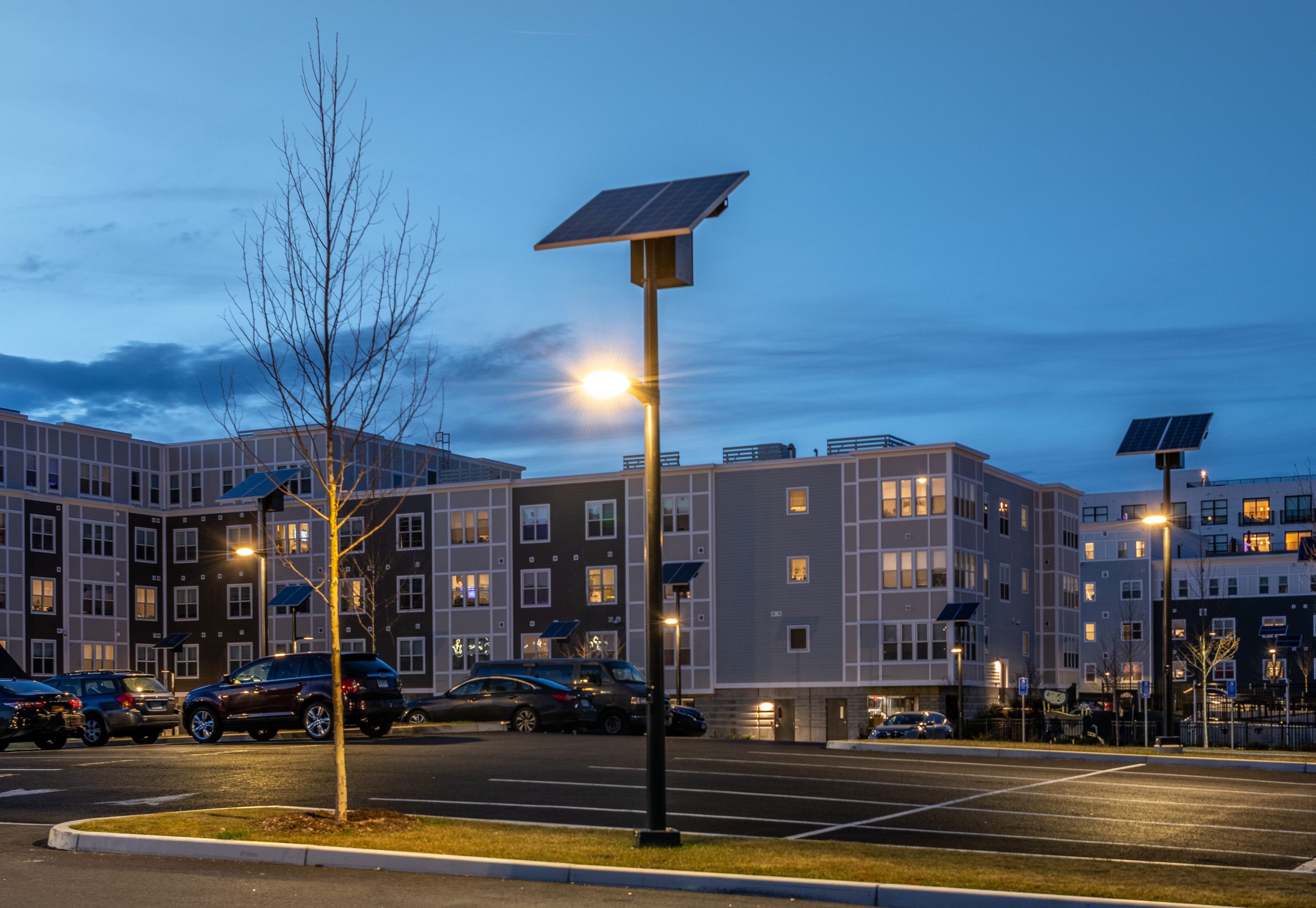 For decades, Washington Village stood as one of the oldest public housing developments in Norwalk, Connecticut. The nearly 300-resident complex was built in the early 1940s. Unfortunately, it would experience several bouts of flooding over the next seven decades, thanks to its close proximity to Norwalk Harbor.

Superstorm Sandy hit Washington Village in October 2012, delivering a final blow to the housing development. In 2016, Governor Dan Mallow announced that Washington Village would be rebuilt in a way that would keep housing affordable while offering an improved living standard for Washington Village residents. One requirement the governor had for the new housing project was to move the apartments out of the floodplain so they would no longer need to worry about interior flooding during storms and hurricanes.

The large housing complex needed adequate lighting in the parking lot and walkways to keep residents and their visitors safe. In addition, the project needed a lighting solution that adhered to the Illumination Engineering Society of North America (IESNA) recommendations without any residential disruptions.

It is worth noting that another solar lighting product had been used in an earlier phase of the Soundview Landing project. However, the project managers were not happy with the previous solar product’s performance. In particular, the last product did not adequately hold up during the winter and shoulder seasons, when there was less daylight than during the spring and summer months.

Sol’s careful approach to solar light sizing and specification ensures that the Evergen system will be able to meet the project lighting requirements now and continue to do so throughout the year, for many years to come.

The Evergen system pairs with the Lithonia DSX solar version, which is a dark-sky friendly luminaire. It uses multiple optical distributions and additional DSX shielding options to meet the project’s stringent requirements, which necessitated that the lights remain on during all months of the year.

Thanks to Sol’s newly installed solar lighting system, Soundview Landing residents and their neighbors now have access to high-quality and sustainable lighting. This increases their comfort and sense of safety and security. 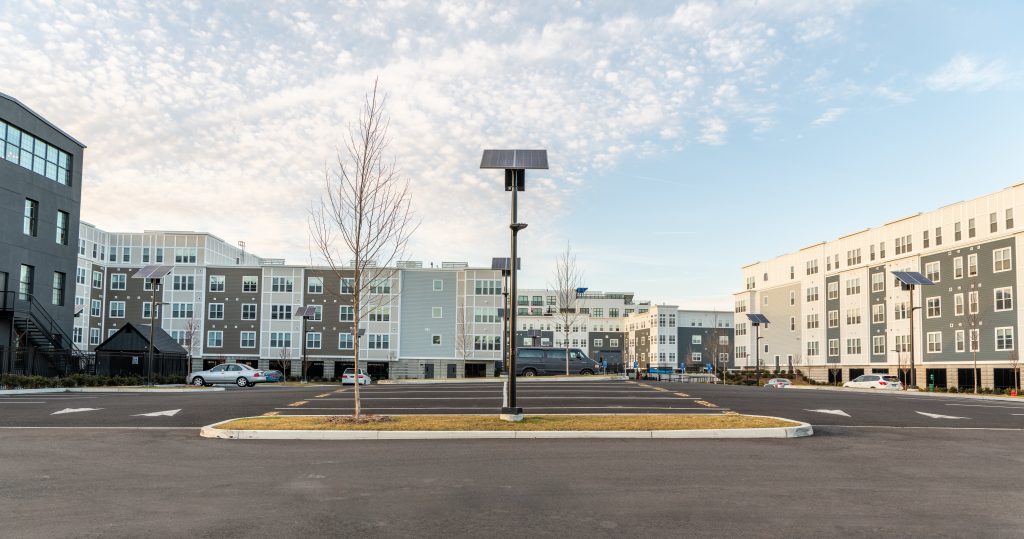 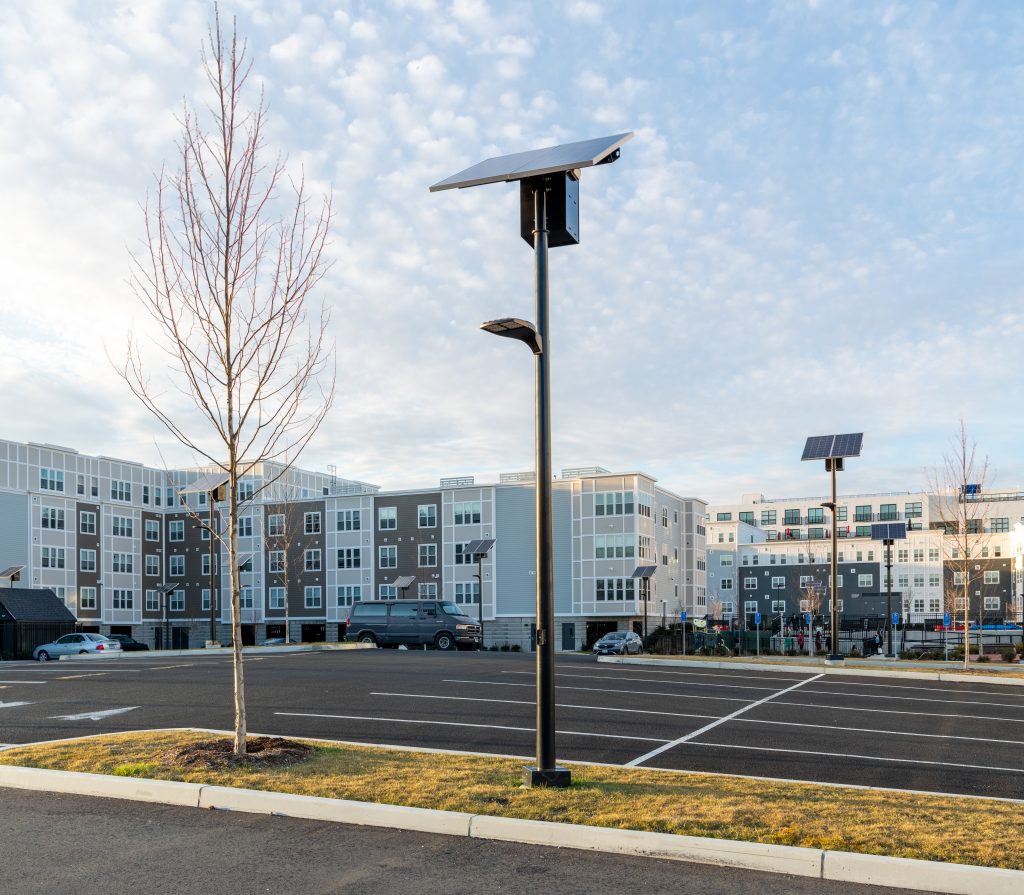 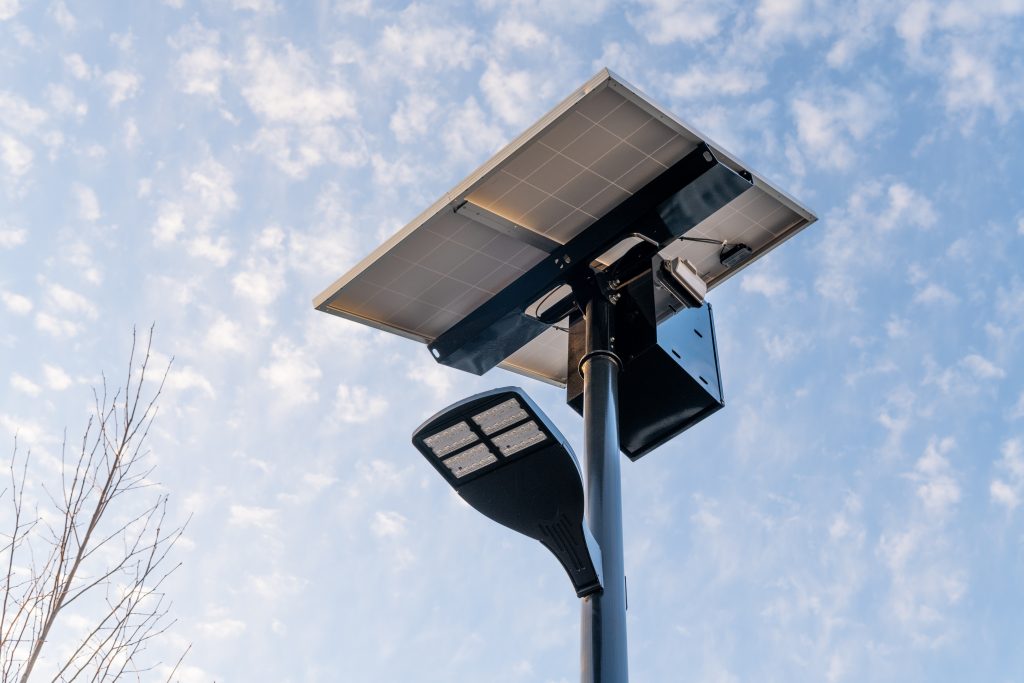 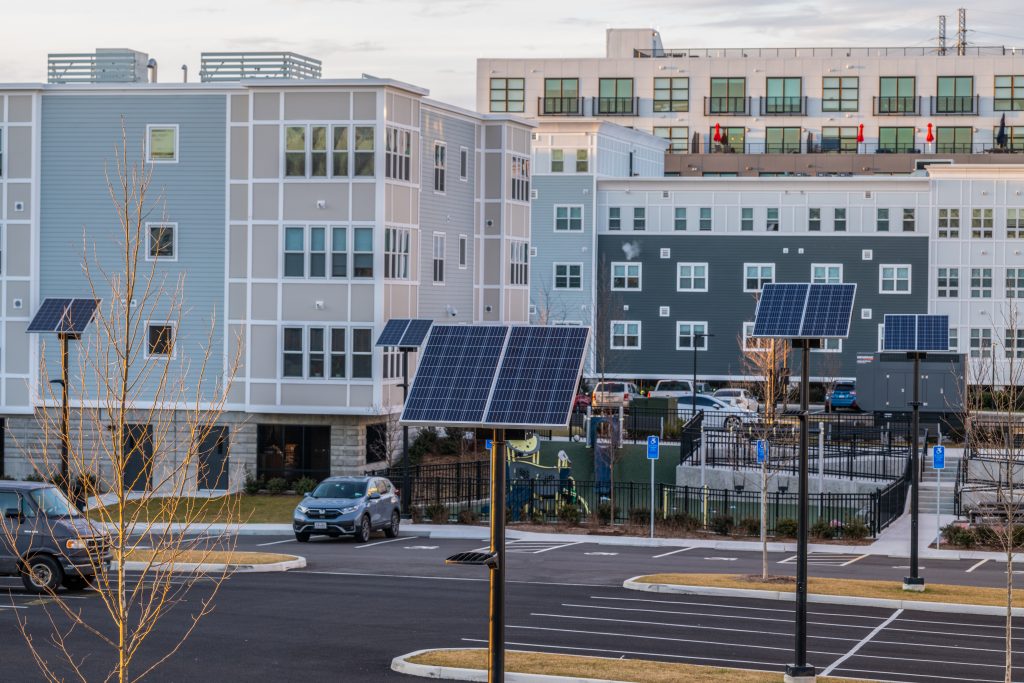 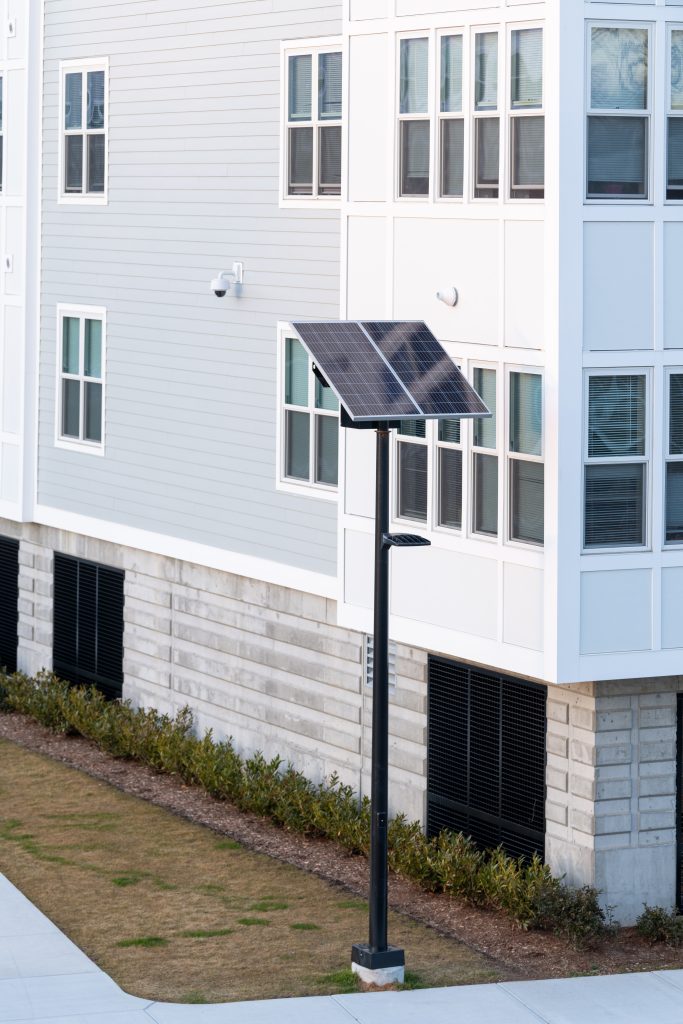 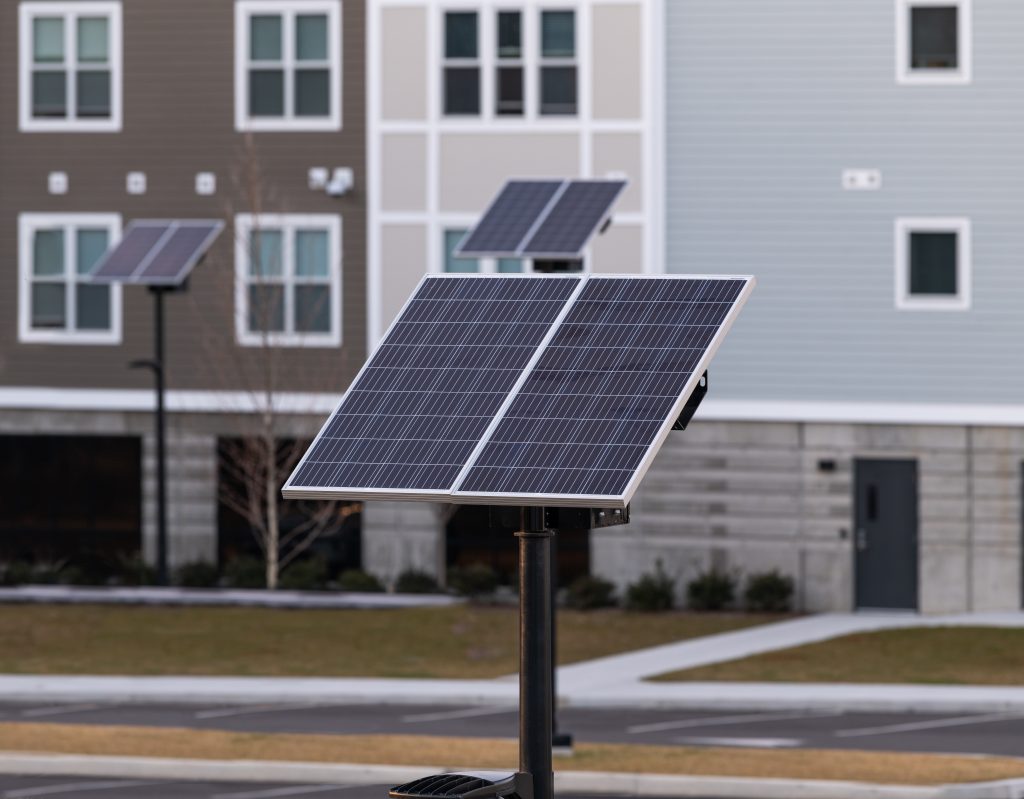 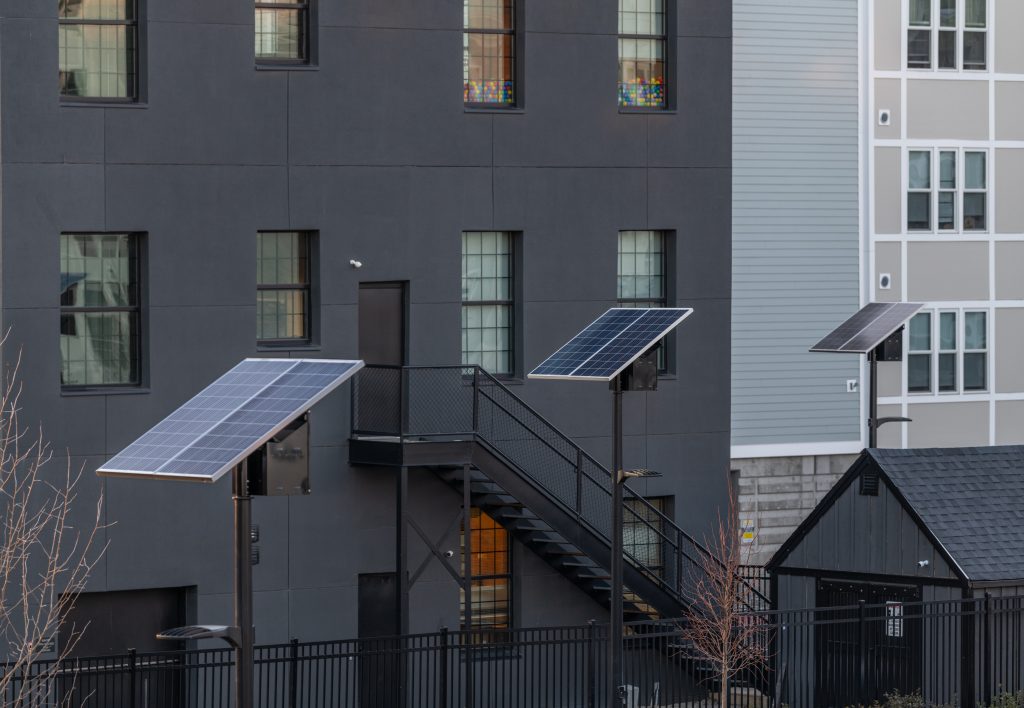 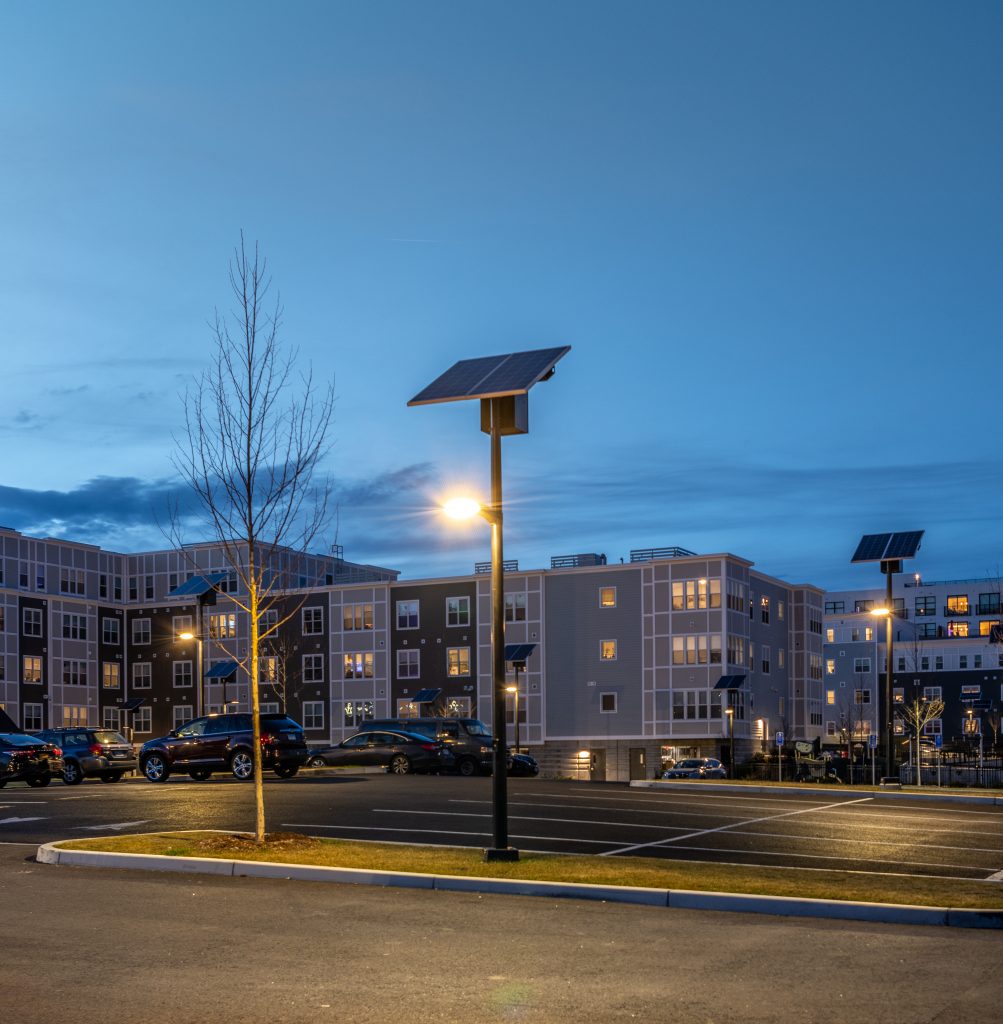 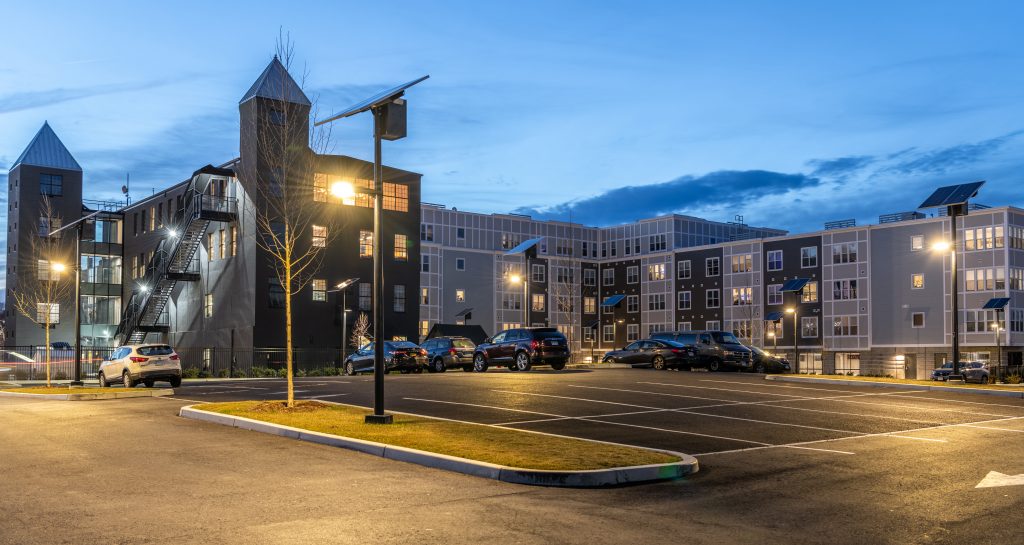 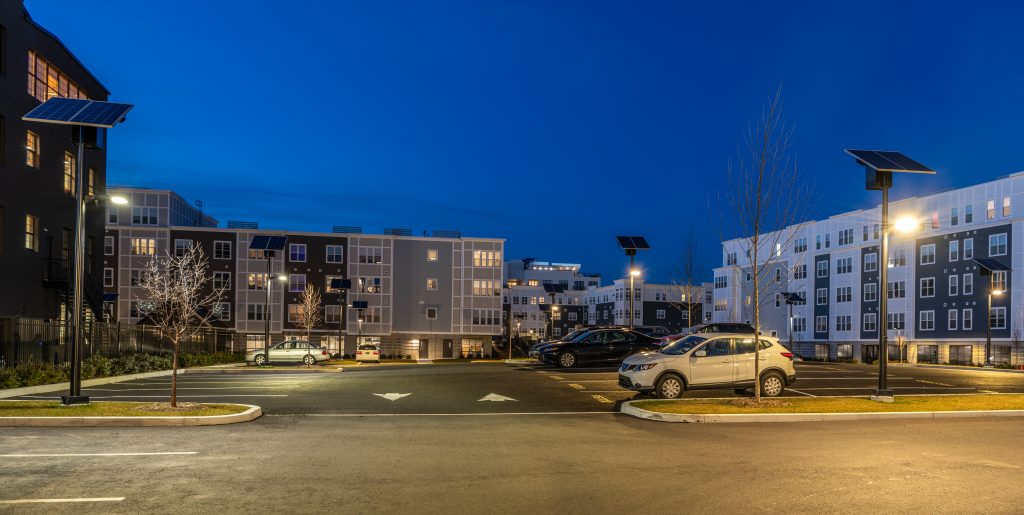 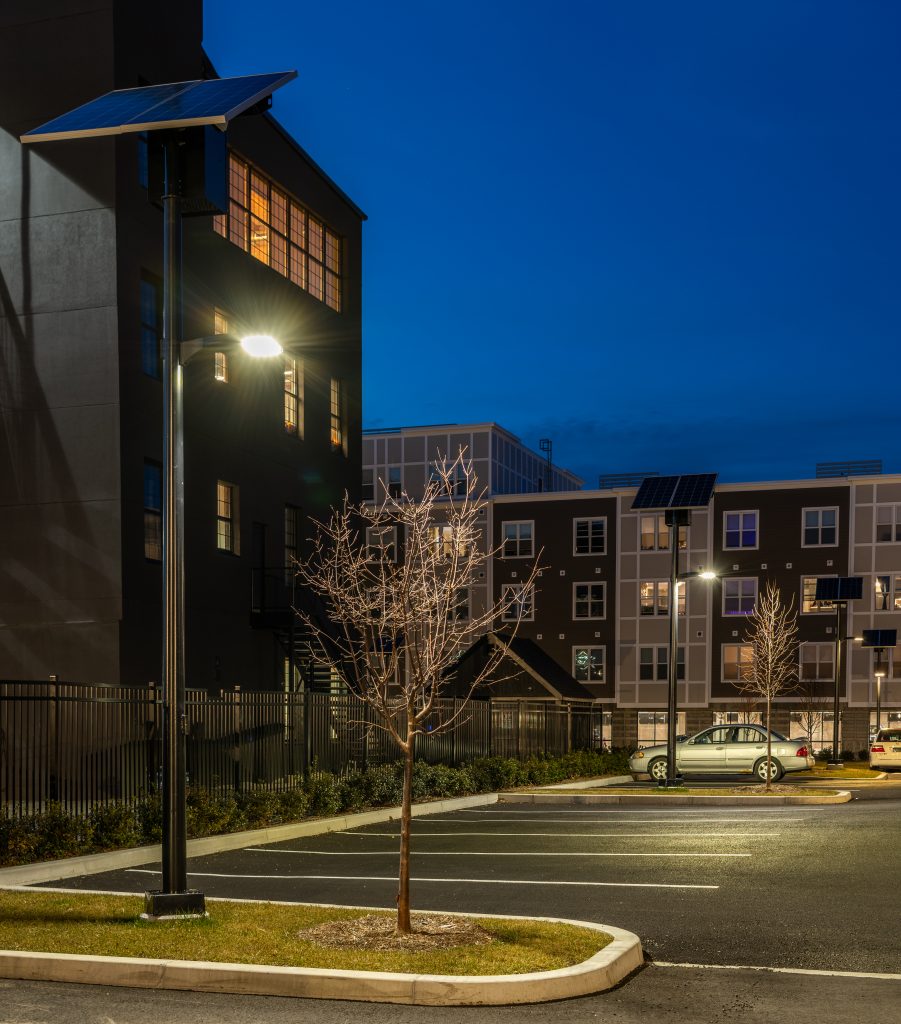 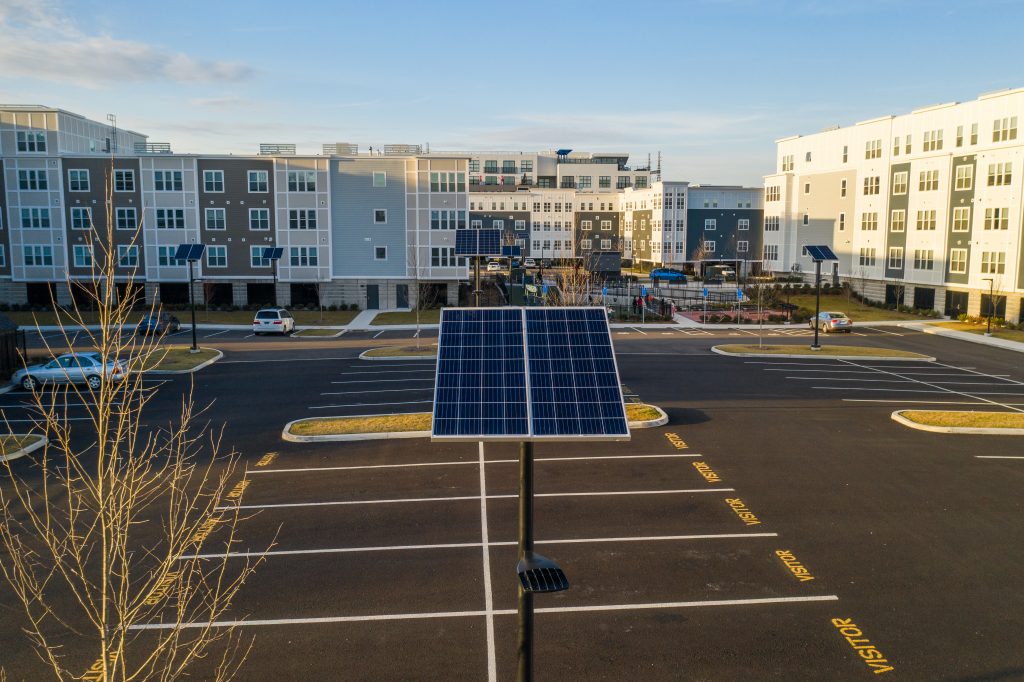 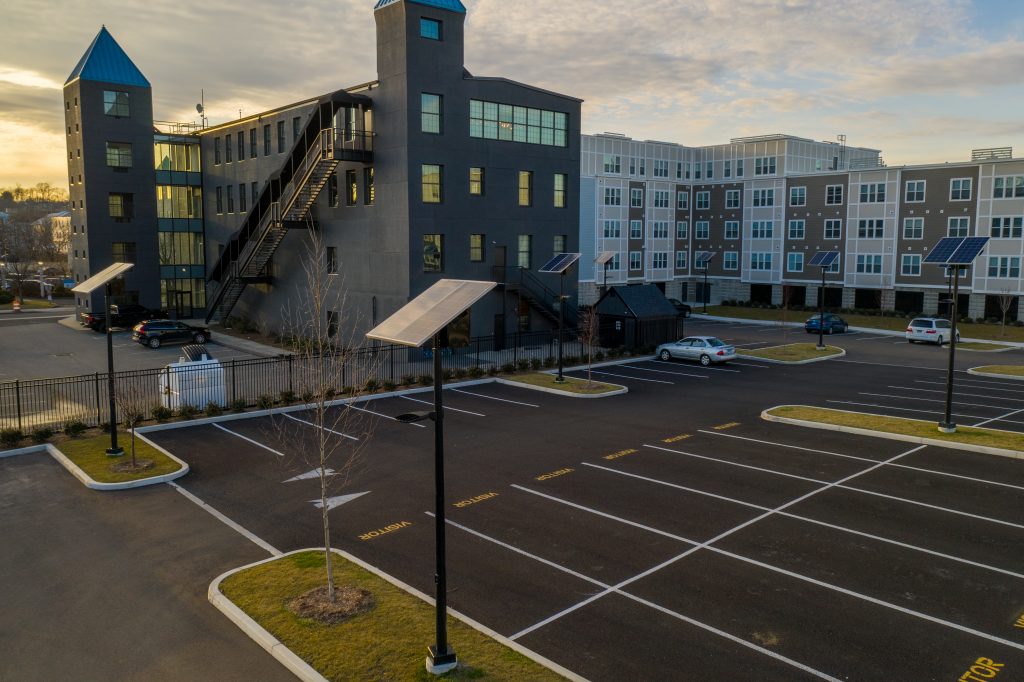 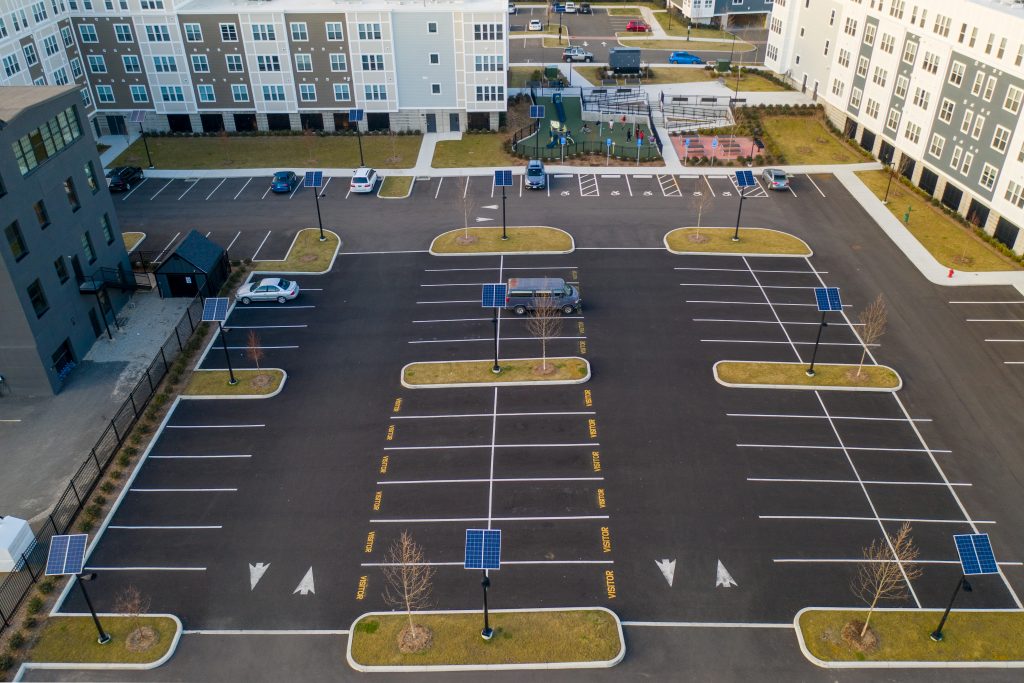 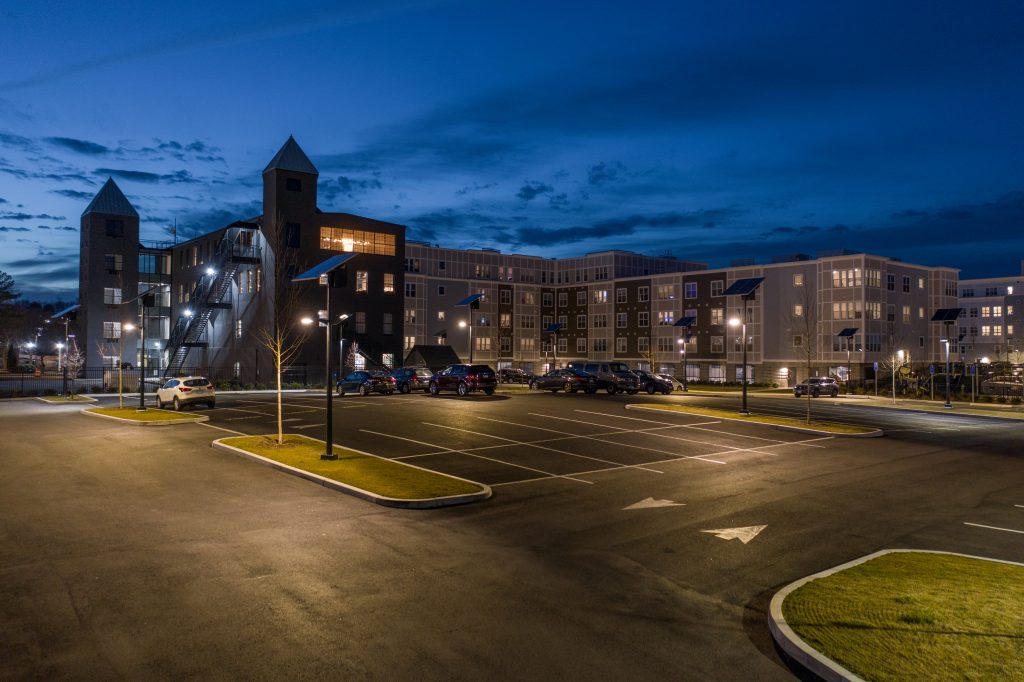