On September 21–23, 2019, the UN Climate Action Summit took place in New York City, drawing together representatives of government, the private sector, civil society, local authorities, and other international organizations to develop solutions to the climate crisis facing the planet. Many eyes were on 16-year-old Swedish climate activist Greta Thunburg, who spoke out passionately against world leaders for failing the next generation.

“We are in the beginning of a mass extinction and all you can talk about is money and fairytales of eternal economic growth. How dare you,” she said. “For more than 30 years the science has been crystal clear. How dare you continue to look away and come here saying that you’re doing enough when the politics and solutions needed are still nowhere in sight.”

But while the attention was on world leaders and their seeming inaction, some attendees were more interested in a different perspective: starting locally. Lisa Helps, the mayor of Victoria, British Columbia, Canada, says that cities like hers can lead the way—the battle against climate change can start at the municipal level. “We can help provinces and we can help the national government, but only if we are given more authority,” she said.

Helps spoke to CBC Radio about a new report launched at the Climate Action Summit by British climate economist Nicholas Stern, “Climate Emergency, Urban Opportunity: How National Governments Can Secure Economic Prosperity and Avert Climate Catastrophe by Transforming Cities.” The report illustrates that 80% of greenhouse gas emissions from around the world are generated by cities. “Only two in five national governments around the world have a climate plan that involves cities,” Helps told CBC.

The report’s key message is that “National governments that prioritise zero-carbon cities today will secure economic prosperity and better living standards tomorrow. Countries that do not embrace this transition will be left behind.” The report suggests that national governments that invest in zero-carbon cities would provide a return of at least US$23.9 trillion by 2050, yielding higher living standards and quick political dividends. Meanwhile, the cost of inaction is “staggering. Science tells us that further temperature increases pose an existential threat to entire cities and countries.”

And while big cities are often thought of first, the report indicates that half of the possible urban emissions reduction would be from cities with fewer than 750,000 people. Smaller cities often lack the financial and technical resources of larger cities, the report says. This makes them especially in need of government support at the national level.

And in general, cities are not getting the funding they need. For example, Helps told an audience at the summit that only eight cents of every tax dollar Canadians pay goes to cities, with the remaining 92 cents going to federal and provincial governments.

But cities can still do a lot for themselves: Victoria proper has a population of just 92,000, while the regional district reaches about 368,000—still small cities by today’s numbers. Helps says that their 32-kilometre bike network—“a very aggressive bike network for our small city”—is projected to reduce emissions by 10,000 tonnes per year, every year.

Victoria is also the first Canadian city to participate in the United Nations Trees in Cities Initiative, a challenge issued by the United Nations to mayors to lower carbon pollution by planting urban forests. Helps has pledged to plant 5,000 trees, a fairly substantial goal considering Victoria proper is only 20 square kilometres. 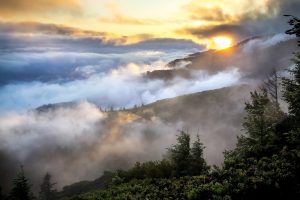 Official outcomes that arose from the Climate Action Summit were grouped into nine tracks, including one focused on local government: the Infrastructure, Cities and Local Action track, which includes buildings, transport, resilient urban poor, and finance. Finding funding and minimizing funding gaps is key. At the Summit, the Global Covenant of Mayors for Climate, together with the governments of Germany and Luxembourg, announced the City Climate Finance Gap Fund, which aims to raise EUR 100 million in grants, allowing EUR 4 billion in investments to be made in climate resilient infrastructure projects in low- and middle-income countries. This will help finance projects related to energy efficiency in urban areas, sustainable transportation, emission reduction, and more, helping them become more resilient to future threats.

Nature-based solutions—like the Trees in Cities Initiative—were also recognized as a way to reduce CO2 emissions at the municipal level.

But the key takeaway seems to have been collaboration—both with national governments as well as regional governments, international organizations, the private sector, and others. The UN Climate Summit has hopefully shown city leaders that they are not alone—and their voices are being heard.