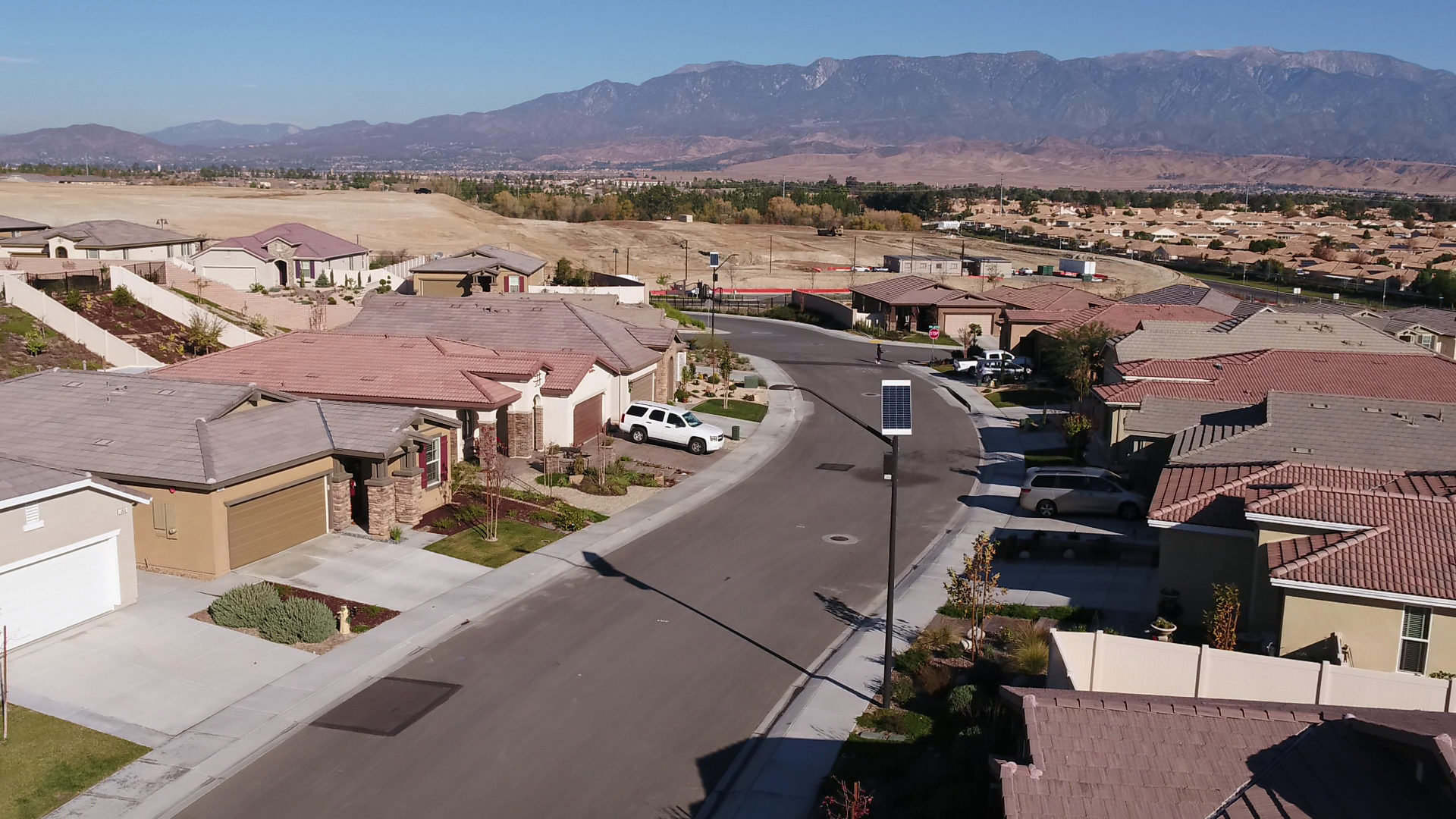 Overview: Beaumont, California, is a city in Riverside County and home to approximately 41,000 people and growing—it’s one of the fastest growing cities in the state due to its proximity to Los Angeles and lower housing cost. Planned communities are common and often operate under homeowner associations.

The city had two reasons for pursuing new lighting options. First, the local utility company was increasing its rates, which was affecting project timelines—California’s rates have been identified as 40 per cent higher than the national average. Second, the City performed a cost review and determined street lights as a major expense that needed to be addressed. Beaumont Electric Inc. has installed lights in Beaumont for the past 12 years, and they were tasked with finding a solar-powered street lighting solution for the City. 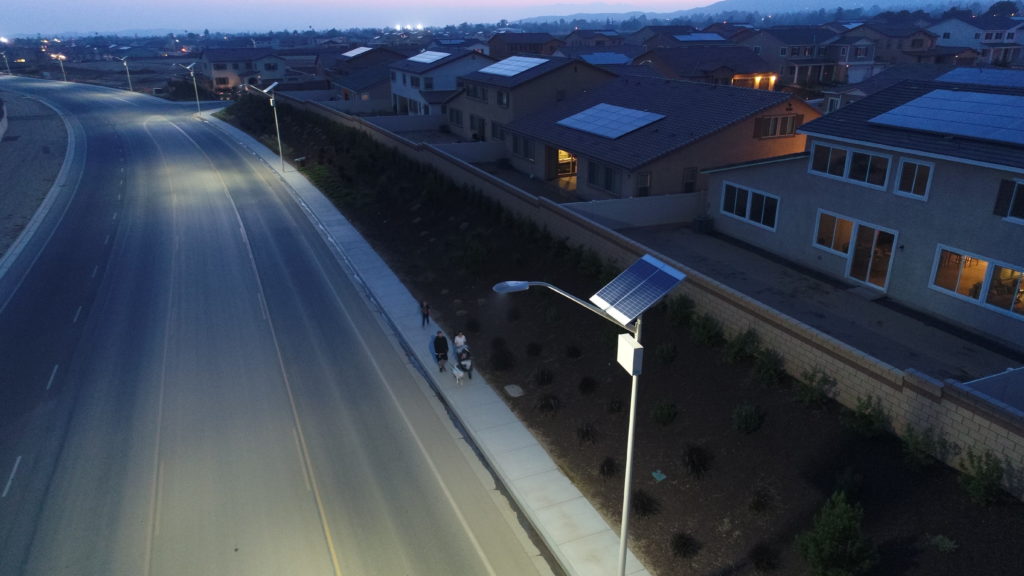 Our Solution: Sol’s Top of Pole Series, which is available with a variety of fixture types and other options, was chosen as the solution. For the city’s needs, “Solar lighting created a fixed, known cost for street light operation and removed the utility company from the design and construction process, which helped projects to reach completion faster than before,” says James Love, CEO of Beaumont Electric, which has provided approximately 200 Sol TP units for a variety of new housing developments to date.

Sol was the first lighting vendor Beaumont Electric worked with. “We chose to work with Sol at the time because we found Sol to be the most reputable, highest quality solar lighting manufacturer in the market,” Love explains. “[The lights] were very easy to install—easier than expected—and can often be installed with only a crew of two, whereas traditional street lights need to be installed with a crew of three or four.”

Beaumont Electric found out about Sol through distributor South Coast Lighting, which Love says was “incredible to work with and made the product worth buying.” He says the City was able to redirect hundreds of thousands of dollars away from energy costs and use these funds for vital services like police and fire.

Sol solar lighting was implemented City-wide as the new standard for street lighting. They are currently installed on new roads in the City of Beaumont.

Watch now: See how easy a solar lighting installation will be with Sol.

Unexpected Benefits: Solar lighting is not just a good lighting choice for finished projects; it can also be a temporary solution, as home developers in Beaumont have realized. Since solar lighting works as soon as it is installed—no waiting for the electrical meter hookup—it can be up and running before traditional on-grid lighting would normally be connected, perfect for security lighting for new developments.

“It is standard practice for us to install Sol lights well before traditional street lights would be installed so there is a usable amount of light on the project streets,” says Love, whose company also installs lights in surrounding cities where Sol is not spec-ed in. “These lights require far less permitting and coordination with the local utility, especially in projects that are behind with their traditional street light systems. We hope to convert these cities to solar lighting specifications in the near future.”