Solar doesn’t give off enough light.

When potential customers talk about solar LED lighting, they often express these three main preconceptions. But with today’s incredible advancements in LED technology and rapid reductions in solar panel cost, those concerns are often a moot point. In fact, solar LED lighting is a more viable option for a wider variety of outdoor lighting projects than ever before. 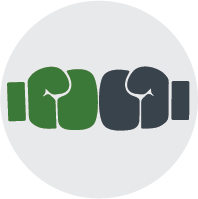 Sol’s new video, Don’t Stay Tethered to the Grid: How Solar is Revolutionizing Street Lights, puts solar LED lighting in the ring with its on-grid adversary for a head-to-head bout. Through three rounds, these rivals duke it out for outdoor lighting supremacy. Which technology will come out on top?

Listen in as presenter Glen McCrady explains how Sol fits into this outdoor lighting battle and what the future holds. Is solar just a novelty, or are we seeing evidence of a bigger trend—and maybe even a revolution?

Find out by watching the solar versus on-grid video now.