The typical sustainable campus solutions like low-carbon transportation and locally sourced dining are hard to miss at universities these days. Executive leadership and facility managers are now placing enormous value on sustainability projects that save energy and broaden environmental awareness of global warming beyond the classroom.

These projects offer colleges and universities a number of ancillary benefits beyond the obvious goal of reducing carbon emissions, and often save money in the long run as well.

Chief among these benefits is reducing the cost of energy. Additionally, since lighting costs often make up a large portion of a university’s energy spend, renewable lighting solutions should be explored. With extensive grounds and numerous buildings to illuminate, the lighting bills can add up quickly. 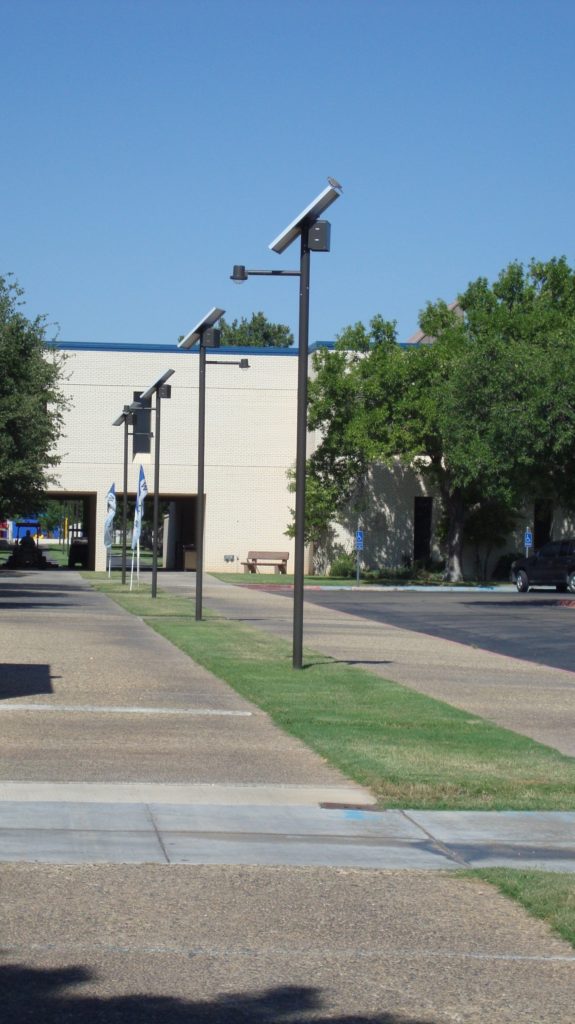 Fortunately, within the past few years solar lighting has become a cost-effective solution for many outdoor lighting needs. Innovations in LED, battery and solar panel technologies have made it possible for campuses to significantly decrease lighting installation costs and eliminate the electricity bills associated with outdoor lighting.

Many in the solar industry have been awaiting the achievement of “grid parity,” which is the point at which the cost of solar is equivalent to that of conventionally generated electricity. However, grid parity has actually already been achieved in many solar commercial outdoor lighting applications, making solar lighting the most cost-effective solar application that no one knows about.

In particular, solar outdoor lighting is cost-effective in “greenfield” situations in which no lighting infrastructure exists or in which there is a reluctance to disturb the existing landscaping. In such cases, solar lighting achieves payback from day one because of the significant savings in the costs of trenching, wiring and other costs associated with tying into the grid.

Furthermore, the economic appeal of solar lighting will only increase as the prices of solar modules, batteries and LED lighting continue to decline. LED technology has become extremely efficient and has a long product life when compared with traditional types of lighting such as sodium vapor and fluorescent lighting, therefore significantly decreasing operations and maintenance costs, while continuing to deliver a bright, crisp white light that does not fade in intensity. LEDs also provide flexibility in terms of controls and configurations such as on/off schedules, dimming, motion sensors, etc., all of which can be operated remotely.

Solar-powered lights also provide high-quality light for more than five days without a single ray of light due to advancements in battery technology. This is especially useful in cases of extreme weather events or blackouts because solar lights continue to provide illumination for the continuation of operations when traditional grid-tied lights have failed.

As the cost of electricity continues to rise, with the demand expected to increase by 18 percent while generation capacity is predicted to grow by only 6 percent, solar lights offer an easy choice because they produce 100 percent of their own electricity, therefore eliminating all electric bills.

However, let’s not forget the sustainability play. Solar lighting is a public demonstration of an institution’s commitment to a “green” orientation, allowing a university to project an environmentally conscious message throughout the campus and beyond. Also, because solar lights produce zero carbon emissions, they are eligible for a number of state and federal financial incentives, including tax credits, renewable energy grants and carbon credits. 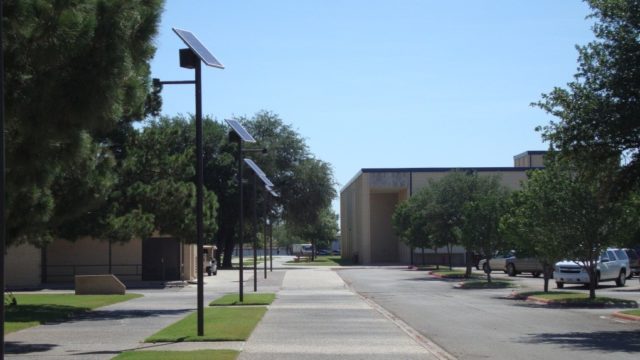 When Odessa College in Odessa, Texas, an 80-acre campus with more than 11,000 students, chose to install solar lighting instead of traditional grid-tied lights, the university executive team’s main concern was with the safety of students and staff walking to and from classes across a sprawling campus. In particular, students felt unsafe in the parking lots and on their walks to campus, prompting the search for a cost-effective solution.

However, the existing buildings and landscape also played a large role in the ultimate decision to go solar as the installation of grid-tied lighting would have required prohibitively expensive trenching and wiring. Since solar outdoor lighting does not require a connection to the electrical grid, the advantages of solar lights were immediately apparent.

Additionally, the money saved was a pleasant upside that will continue for years to come. Odessa was able to save around 20 percent of the cost of a new system at the time of installation due to the avoidance of the wiring and trenching needed for traditional grid-tied lights. Because the systems are 100 percent solar powered, the lack of electricity bills is saving the university more than $8,000 per year, without even taking into consideration the savings on operations and maintenance costs.

Solar lighting offers many benefits, including the perception of safety. Explore solar lighting advantages that will benefit your community.